#1 Peter Darcy gives a well-reasoned and easy-to-follow argument against the validity of the Sacraments administered by Fr. Hood.   Here is an essential part of his argument:

All Fr. Hood’s Masses were invalid. He did not have the spiritual power to consecrate the Eucharist because he was not validly ordained, therefore, he did not actually consecrate the bread and wine at Mass even though he pronounced the words of consecration and performed the actions associated with it. Objectively speaking, all of his Masses looked like Masses but were actually pious prayer services.  [source]

To comment on Darcy’s position, go to the comment box below and begin by typing in #1 so that everyone will know what issue you are addressing.

PS: Click here for a canon lawyer who would agree with Darcy.

#2 San Diego Bishop Robert McElroy has encountered a situation wherein Fr. Arango was performing baptisms in his diocese twenty years ago.  When  Bishop Olmstead declared that Fr. Arango was not validly ordained because he was never validly baptized, the Phoenix diocese  began a search out and to notify thousands of Catholics that they had never been validly baptized.  Bishop McElroy, on the contrary, judged that such a search was impossible and unnecessary because of the “bounty of God’s grace.”  Here are his exact words:

It is unclear if any invalid baptisms by Father Arango took place within the Diocese of San Diego. If any such baptisms did take place, it is impossible 20 years later to analyze the nature of each specific baptismal formula that was used in individual baptisms, find the person who was baptized, and re-baptize them.

Fortunately, this is essentially a pastoral dilemma rather than solely a matter of church law. The theology of the Church teaches that God binds himself to the efficacy of validly celebrated sacraments. But that same theology states that God is not bound by the limitations of the sacraments. The bounty of God’s grace powerfully suggests that any men and women who were possibly baptized so long ago have received from the Lord the graces of baptism and all that goes with them in their lives. And thus, they should be at ease [trusting in the Lord].  [Source]

What is your take on this? Did Bishop McElroy do the right thing for the right reason? If so, then would this provide solid ground for Fr. Hood’s bishop to scrap his earlier judgment and to declare that Fr. Hood’s original baptism was valid after all?  Go to the comment box below and begin by typing in #2 so that everyone will know what issue you are addressing.

#3 Here is the argument of Aaron Milavec in favor of validity:

When I was taking my first course on the Sacraments some sixty years ago, it was pointed out that the “intention” of the minister decides the outcome.  Thus, if in case of an emergency, a young mother baptizes her infant son who has turned blue and has stopped breathing, and she uses the words, “I baptize you in the name of God and of Jesus,” this suffices as a valid baptism.  How so?  Because she intends to do what the Church has done, namely, to baptize her son.  The Church tacitly supplies what is missing.  This principle is called Ecclesia supplet, which in Latin means “the Church supplies.”

If Bishop Olmstead had remembered his first course in Sacraments, might he not have used this principle to dispel any fear that the case of Fr. Arango involved any invalid baptisms.  Bishop Olmstead declares,

“I do not believe Fr. Andres [Arango] had any intentions to harm the faithful or deprive them of the grace of baptism and the sacraments.”

That’s all that is needed.  Ecclesia supplet. All of the baptisms of Fr. Arango were valid.  There is no mess to clean up.  That’s the good news for everyone involved!

Likewise, when this is applied to the defective baptism received by Matthew Hood, one would be able to say that his original baptism can be presumed to be valid; hence, it was absolutely unnecessary for him to repeat his baptism, confirmation, and ordination.  Unfortunately, however, his bishop was poorly informed, and he endorsed Hood’s repetition of all three sacraments.  This has set off a  totally unnecessary whirlwind of sacramental distrust.

What are your thoughts on this?  Go to the comment box below and begin by typing in #3 so that everyone will know what issue you are addressing. 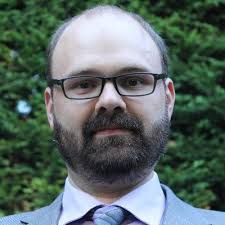 #4 Adam Rasmussen offers an argument that is the briefest and to the point.  Here it is, in a nutshell (source):

Someone else’s mistake is by definition involuntary. To say that God would deny someone his grace [because of a word-change]—let alone damn them—for someone else’s fault borders on blasphemy since it contradicts God’s essential goodness. Theologian Greg Hillis put it well in this tweet:

The deacon should have followed the rubrics. That said, the notion that God would withhold the gracious gift of his Spirit because the deacon used the first person plural rather than the first person singular is worse than sheer nonsense & verges on the heretical.
— Greg Hillis (@gregorykhillis) August 23, 2020

This is fundamentally a theological argument.  A minister may be careless when administering baptism, but God is not careless!  What are your thoughts on this?  Go to the comment box below and begin by typing in #4 so that everyone will know what issue you are addressing.

#5 I want to give the last word to Fr. Matthew Hood.  He is a very relaxed and very thoughtful fellow who was interviewed on the phone by a free-lance writer.  Here are a few of his best words:

Most people still wonder about where God is in all of this. We cannot play God. God can work outside of the sacraments, but it was God himself who gave us the sacraments. If God has given them to us then we are limited by the sacraments. It is part of the nature of reality that we find meaning and purpose for the deep and most meaningful parts of life in the smallest and seemingly insignificant details—the smile of a small child or the beauty of a horizon. God calls us to love through the finite and limited. It is only through the finite that we can work as human beings. The finite reality of mistaken words needs to be remedied through the use of the correct words. . . .

I don’t want my story to be a cause of anxiety. If there’s something clear that hasn’t been made known to you, you can act on it; but if it’s unknown, Jesus says, “Have no anxiety.” You can’t change anything beyond your control or that you have no knowledge of. Anxiety about that, that’s not from God.  (Source)

What are your thoughts on this?  Go to the comment box below and begin by typing in #5 so that everyone will know what issue you are addressing.